Back to (near) space

So. After having helped several people to accomplish their own flight it's time to plan a new one. In Switzerland there was (and actually is) a renaissance in HAB flights. At the time I performed my first flight it was mostly an unknown experiment. After that several high school projects and other people performed impressive flights. Last month I gave a young man one of my spare balloons: He still launch it with a raspberry PI controller and some camera's.
But What is my plan? Doing it again, better and with some "enhancements".
I consider two options

On the technical side I want to give emphasis to telemetry (ISM 868 MHz) and tracking getting live position data from all the flight and reliable positioning after landing. Actually the GPS devices are more reliable over 65k feet than in 2011. Coverage in Switzerland is good for GSM/GPS Trackers, but I consider using the A-GPS capabilities of an used iPhone and eventually a SPOT satellite Tracker (I just want my stuff back!). Small radio based beacons will be part of the equipment too.

Car based gound station will be part of the game too. I plan live tracking antennas on a car roof box. And extend my searching team. I found my last capsule only because a friend asked me to help.

The optics will remain more or less similar to the first launch. Full HD video camera, 16MP Canon camera, some 710p video recorders and maybe some of the new full HD cameras from the FPV scene. I don’t like the GoPro wide angle video’s so much and prefer combine different technologies. I guess I will put my old Hero 1 in the box too. Just in case.

A chapter of its own will be the autopilot for the eventually used glider. Officially it isn’t an autopilot but an automatic obstacle avoidance system, due to the drone prohibition in Swiss aviation laws.

I welcome the Swiss High Altitude Ballooning Society. Reto Speerli was so kind to let be be part of it and I’m delighted and happy to help with my knowledge.
Eingestellt von Marco C. Glattfelder um 10:18 2 Kommentare:

Reconstruction of the flight path

As the Gps Logger stopped to work at 5000m I have performed an asumption. More or less this is the route taken. 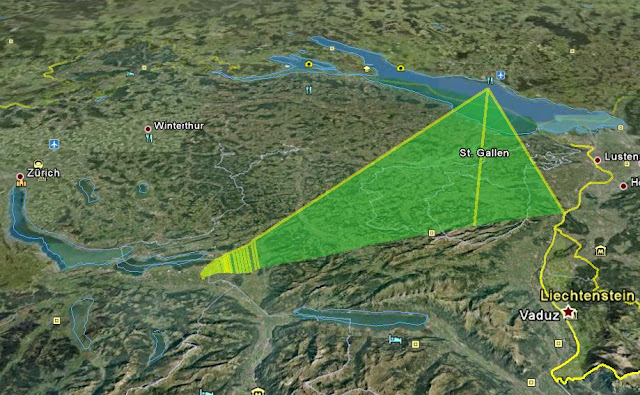 The build of the capsule

I put all together trying to place the cameras in a good position and covered the box with the foil. The mozzarella box that Italian friend that came to visit gave me had the ideal shape. I decided to put the 12MP camera and the 1280 HD video on both sides. One 720p Camera was looking down, and a small 720p camera attached outside filming the balloon.
I soldered some contacts on the camera for the shutter that was controlled by the arduino board with a primitive program. The trackers sent the SMS to a 2-Way SMS interface (http://www.aspsms.com/) that redirected it to my web server. I wrote an asp.net page with a Google map to see the actual position. For receiving the xBee Data I build a biquad antenna with about 14-16dbm of gain. 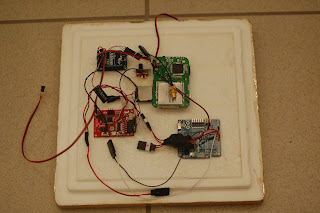 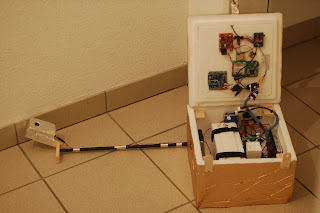 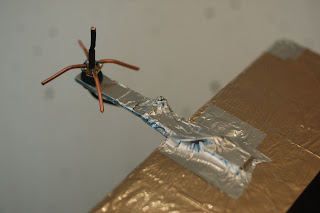 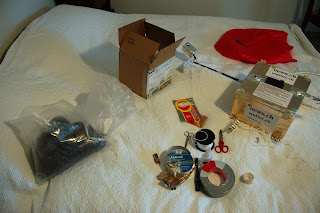 I put the batteries in an additional foam box. On a carbon tome I put a piece of balsa for the sponsor logos and some Star Wars figures. Just a bit of fun, I said….
Eingestellt von Marco C. Glattfelder um 15:23 2 Kommentare:

A fantastic day for a flight over the Alps 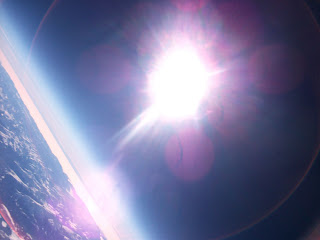 Around January 10th I realized that on the 16th and 17th of the same month the wind situation where optimal. Till there the predictor gave me overall flight distances over 250km. Now I had a predicted flight of 40Km with flight path with a lying “8” shape, over some mountains, but enough height to avoid them. One of the sponsors - a meteorological company – informed me that ether where virtually no winds up to 15’000m. The lading predictor gave me a good lading site: far away from the Alps. 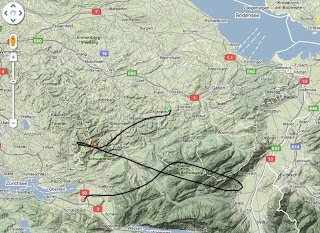 But I was not gone far enough with my static tests. There were no tests about the trackers and the xBee data link. I ha just done some tests for battery endurance. “No risk no fun”. I decided to start anyway. The weather was so perfect that it would take months to have a similar situation again.
The morning of the 16th we were ready. A small crowd of friends and my chief (that sponsored a part of the project) joined me. I had no data for the balloon specs, so I filled it with all the Helium I had. The first mistake was to not calculate the free lift. I had a nozzle lift of 4Kg! The capsule was about 1.6 Kg. 2.4 Kg of free lift is normally too much, but I was so excited that o decided to start with that rocket like lift. I checked the payload, started the cameras and put the hand heaters in. I filled up the empty spaces of the box with these terrible foam beans you receive in the cardboard boxed ordering something online. I was nervous and made some mistakes. So I forgot to put some tape on the power connector of the external camera. 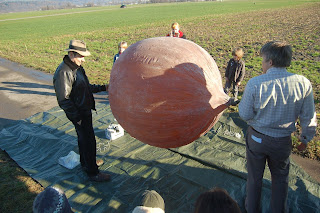 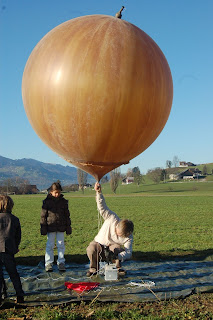 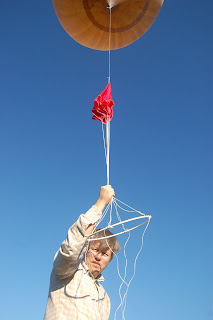 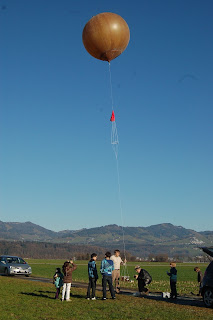 See all images at Picasa: Picasa build & take-off images
January the 16th at 11:20 the balloon started to the clear blue sky over the Swiss Alps.
The balloon climbed really fast with 7.5m/s and the xBee TX gave me data till 10’000m. The Venus GPS of the logger stopped to work at 5200m, anyway the barometric sensor recorded all the flight. The GSM signal was poor so I lost SMS connectivity after take-off.  I was surprised of the distance reached with the 60mW xBee 2.4 GHz pro V1. 10Km are not bad at 9600bps.
So all signals were lost. I had to wait. I decided to wait till the first SMS came in. There were a lot of people hanging around at home that came to see the launch so I had to take care of them. I wanted to go in the supposed landing area, having my laptop with UMTS connectivity and the bi-quad antenna on the car roof. But my wife wanted me to stay at home. 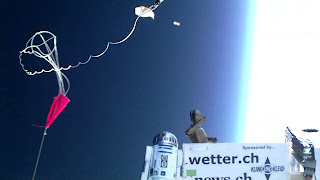 After 1 and 20 minutes hour I received the first SMS. It was 50 Km away over Austria (Feldkirck), close to the Swiss border. The speed was around 20Km/h, so I supposed that it was coming down. I was confused. It was not even close to the supposed landing zone.
We stated after 20 minutes with a small rescue team. On the road I received other tracks. I used an ASP.NET project that I run locally on my laptop. It was a web-app calling a web service on my server that evaluated the incoming SMS from the trackers being redirected by the 2-Way SMS service of aspsms.com.  But there was something suspect. The second tracked was not working well and gave me still the start coordinates. The redundancy failed! I began to think that the project could go in the wrong direction.
Close to the zone where the capsule was going down the first tracker began to send always coordinates: exact the same. I supposed the capsule landed. But on a mountain!
In Switzerland its quiet impossible to use the small country roads with the own car: everything is not allowed. We tried to go as close as possible, but it was becoming dark ad I had still to climb 600m. I wasn’t able to see the landing zone so I was not able to locate the flashing led’s. Some hunters told us that there was a lot of instable snow an avalanche danger over there.
My chief gave me free for the next day, and I started in the morning with my dog to the landing site. I found a military street going on the opposite site of that mountain. Having served in the fortress troops I decided to use this street, knowing that it was open for wanderers. I searched in the snow for hours and there was nothing. It was really hard. Then I received an SMS from the second tracker. I wondered why it was sending a position right now. Was this the right one? Actually the position was down in the valley close to the Swiss/Austrian border on the Austrian side. The Rhine river and the highway where only a couple 100m away!


I was still at least 1.5 hours away from my car and really tired. The dog was tired too. Then a co-worker phoned me asking if I needed help. Not on this mountain, I said, but I asked him to go to the coordinated sent by the second tracker.  I was thinking that the capsule was really lost.  I climbed back to my car and as I was driving down into the valley with my car my co-worker phoned me telling me that he found the box exact on the coordinates. That was great news!
After 30 minutes I reached the wood where the capsule came down. No GSM roaming at all! That may be the reason for the bad connectivity of the GPS/GSM trackers. I wasn’t able to call my co-worker by phone and started to scream. Finally I found him and the capsule. It was intact reached the ground. Even if the trees were somehow high.  Back to the car I started the laptop and looked on the first images.  As small thumbnails they were looking awesome, but in detail the focus seemed to be bad. I remember that I set the panorama program on the 12MP camera; I guess the shutter was too slow with this setting, because the capsule was moving really a lot while going up.

See all images in picasa 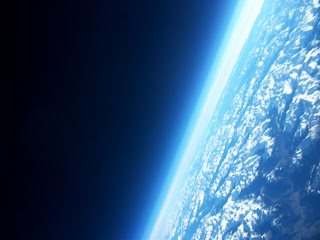 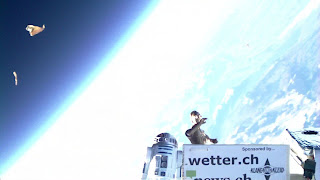 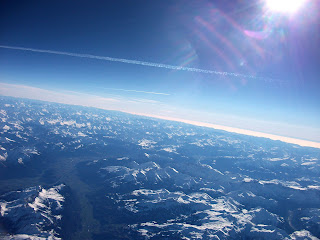 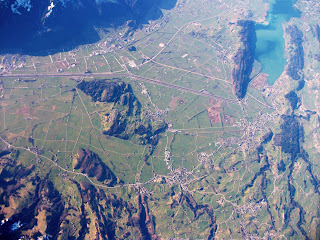 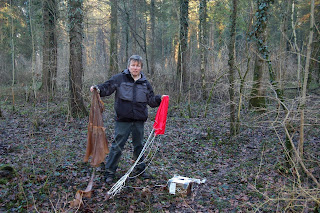 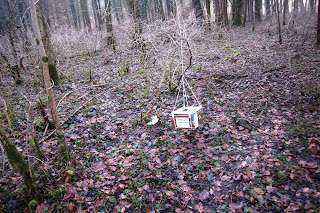 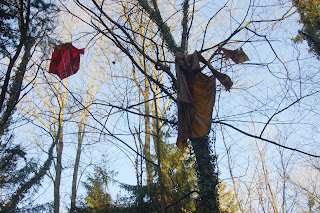 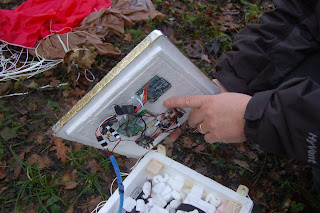 Looking at the HD video at home confirmed the strong movements of the capsule. At least the videos are really great. The camera facing down filmed the ground because it looped after filling the SD card and started to film again over the existing movies of the flight. I better had it controlled by the arduino board too. The external camera had a corrupted micro SD card. I wasn’t able to repair it till now. The logger registered all data well, but the GPS receiver delivered the same coordinate after an height of 5000m. The internal temperature never dropped below 10 degrees Celsius even with an external temperature on -53. Finally the log showed that the balloon reached about 21’300m. About 10’000 less than I expected. The free lift was too much and the balloon filled with 1m2 more than necessary. 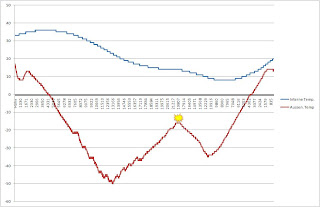